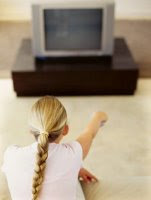 If there is no obstacle in the way, in quarter 3 2009, PT Telkom will launch digital TV services based on Internet Protocol (IPTV) through the telephone network. For its content will be filled by the subsidiaries TelkomVision.

IPTV this will work on the telephone network through ADSL technology, Coax Cable and Wireless Broadband. For Telkom, the service will be able to increase ARPU (Average Revenue Per Unit) Wireline phone. Because there has been a decline in the Wireline phone tends to increase each year. In 2007 a decline of 9%, and in 2008 this is estimated to 13-14%.

But Telkom also needs to be vigilant, IPTV can also be run on wireless broadband service which is now held by the service provider, namely Indosat and Excelcomindo. Also by Mobile-8 with its EVDO.
connectivity Digital Platform Network platform technology