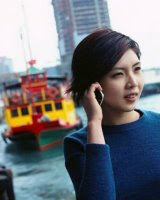 If we review cellular network consists of several components:


Mobile Terminal - which is used by almost Subscriber It is a big production overseas, such as nokia, sony ericsson, MOTOROLLA, and brand china (ZTE, huawei). Very rarely is a production in the country, while some of the components in the supply by China.

Site BTS - BTS to its own 100% foreign production. While for the shelter and the tower is nearly 90% production of Indonesia. Some of the BTS is a manufacturer Ericsson, Samsung, Huawei ZTE, Siemens

Approach Link - The link between the BTS to BSC is almost 100% is foreign product, some brand radio link that is often used Fujitsu, Sagem and NEC.

Core Network - 100% foreign-up, some for the network brand is Samsung, Huawei, ZTE, Ericsson

So if we see, almost all cellular network in Indonesia is provide by foreign. If Indonesia can produce own, of course would be to reduce unemployment.