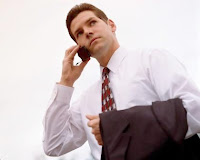 In 1999, I started working in the wireless world that is precisely in the Business Unit C-phone PT. Telkom Indonesia. The technology used is IS-95A CDMA (Code Division Multiple Access).

CDMA IS-95A is a second-generation wireless technology (2G). Service is still limited to voice, sms and data speeds are low. C-Phone is the first operator to use this technology in Indonesia, and then only to serve the city of Surabaya. The concept is Fixed Wireless Access, limited to a city or area code.

Frequency that is used at that time was in 1900 MHz. Because the Government through the Directorate General of Postel, would like to use the frequency for 3G, then at the end of 2002, C-phone to change the frequency of 800 MHz Band A, with a new brand called Flexi.
CDMA Technology